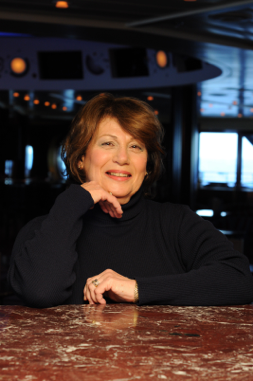 Rosann worked as Director of Marketing with her husband and 2 of her sons in their boutique accounting and consulting firm, Arthur D. Levy & Co. in NYC. Ms. Levy then moved to Connecticut and opened The Roart Group, LLC with her husband, Arthur. She was also the co-founder and President of the Small and Family Business Foundation, a non profit educational resource group for family businesses. She also was a co-founder and marketing director for Soho Dance, the largest Latin ballroom dance studio in the heart of New York City.

Ms. Levy has had guest appearances on CNBC, CNN, Fox 5, Good Day New York, the Morning Show with Mike & Juliet (Fox 5) and radio interviews on Bloomberg News Radio.  She has also appeared as a guest speaker at several universities as well as numerous industry associations throughout the country.

The New York Chamber of Commerce and Industry honored Mrs. Levy for her commitment to New York City and Small Businesses. She has also been honored by the New York Society of Association Executives as an Outstanding Member and as the Top Marketing Executive by the Practice Development Institute. Additionally, Rosann was appointed by the New York City Office of Business Development and the Small Business Administration as a mentor for several women business owners.

Mrs. Levy has been featured in Accounting Today, The New York Times, Black Enterprise Magazine and cited in Crain’s New York Business. She was published in Family Business Magazine on “Growing the Family, Growing the Business.”